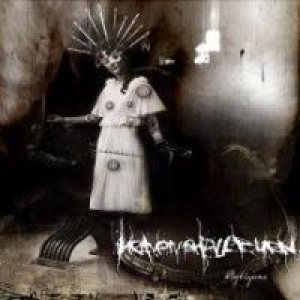 Many people mistake the album cover to be in affiliation with No. 5 (Craig) of
Slipknot being the person pictured on the front looks like the mask he wears,
though they're not related in anyway to Slipknot (obviously).