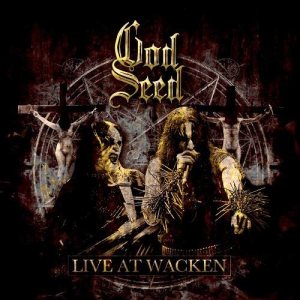 Only available in deluxe-digipak including CD and DVD. The band played under the name of Gorgoroth in 2008 at Wacken Open Air in front of 75,000 fans, during the name dispute. All tracks performed on this concert were written by Gaahl and King since 1999 for Gorgoroth.

Album includes:
Disc 1: Live CD.
Disc 2: Film of the show on DVD.
Liner notes from the band about the process of recreating this special show.

Indie Recordings postponed the album's originally planned October 21st 2011 release date due to copyright issues. The finished product reduced the number of tracks on the DVD to 9 from the previously announced 13 (Infernus' songs were omitted).