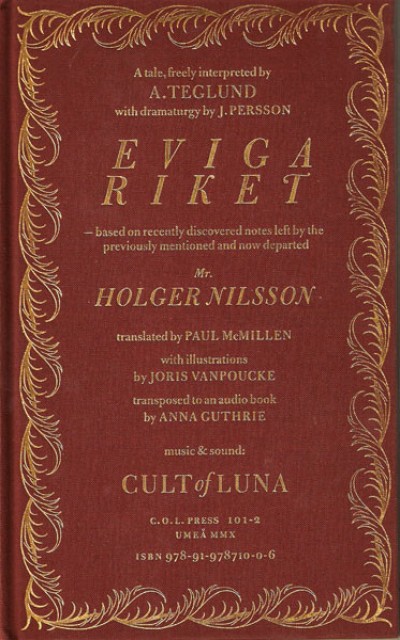 A dramatized tale based on the notes of the late mental patient Holger Nillson. Comes with a DVD that contains the narrated version of the book accompanied by music by the band. The book and the narrated DVD are both in English and Swedish.

The track lengths compiled below are the approximated lengths of the music only; the DVD itself, including the narration, is one hour and 47 minutes long.

The song that is played at the DVD menu and reoccurs throughout the story is called "Ugíns Ljud (The Sound of Ugín)".