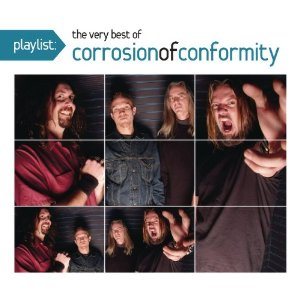 Playlist: the Very Best of Corrosion of Conformity

SludgeLeader
Playlist: the Very Best of Corrosion of Conformity Information

Additional notes
Because C.O.C. were only signed to Sony for their 3 releases between 1991 and 1996, this "best of" consists of only material from that era of C.O.C. It's currently not known if this was released with C.O.C.'s consent, because the band had left Sony long before the release of this compilation.