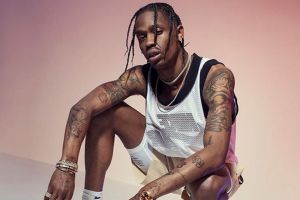 In 2012, Scott signed his first major-label deal with Epic Records. In November of the same year, Scott signed a deal with Kanye West's GOOD Music, to be a part of its production wing Very GOOD Beats, after appearing on the label's 2012 compilation album Cruel Summer. In April 2013, it was announced Scott signed a record deal with T.I.'s Grand Hustle imprint.

Scott's first full-length project, a mixtape titled Owl Pharaoh, was self-released in May 2013. This was followed with a second mixtape, titled Days Before Rodeo, in August 2014. Scott's debut studio album Rodeo, was released in September 2015 and was led by the hit single "Antidote", which reached the top 20 of the US Billboard Hot 100 chart. His second album, Birds in the Trap Sing McKnight, was released in September 2016, to generally positive reviews.