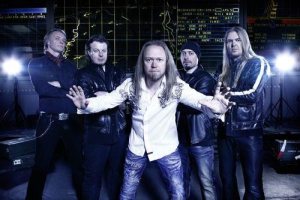 Best Masterplan Songs (11)
Additional notes
Initially planned as a project beside Helloween (during "The Dark Ride" sessions) including Roland Grapow, Uli Kusch, Roy Z as producer, Janne Warman on keyboards and Russell Allen as singer, Masterplan became the new band of Uli and Roland after they were fired from Helloween.

Because Masterplan had become a full-time band, they decided to find a singer and keyboard player that could treat the band as more than a side-project. Jørn Lande was brought in for the debut recordings and Janne Warman was involved as a guest musician until Axel Mackenrott was found.