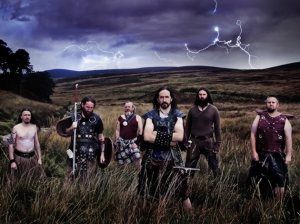 Additional notes
Cruachan formed as a result of the disbandment of a previous band called Minas Tirith. They disbanded in mid-1997 but reformed in January 1999.

Cruachan's earlier works were more influenced by black metal. Since reforming they became more melodic, with Karen Gilligan joining as the lead vocalist for the recording of The Middle Kingdom in 2000. She was originally hired as a guest vocalist for a few songs, but joined full time when founding member Keith Fay decided he was unhappy with his own clean singing ability.