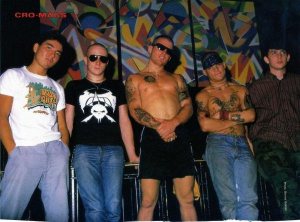 Cro-Mags are a classic example of a band which played the popular NYHC sound of the 80's during the American hardcore movement.