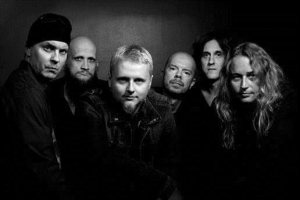 Additional notes
Barren Earth was formed in 2007 by Olli-Pekka Laine after he had composed some tracks being stylistically very different for his current musical projects. He then gathered a line-up of well-known Finnish heavy metal musicians. The group started to rehearse as a full band in 2008, and made also new material, being influenced by, not only death metal scene, but also 1970s prog-rock.