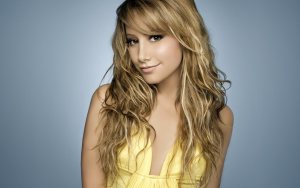 Additional notes
Ashley Tisdale is an American singer and actress who became known with the roles of Maddie Fitzpatrick on the Disney Channel television series "The Suite Life of Zack and Cody" and of Sharpay in the three High School Musical films. In 2007, she released her debut album Headstrong, which charted at #5 on the US Billboard 200, selling over 500,000 copies. Although the lead single "Be Good to Me" failed to make a major impact, the single "He Said She Said" managed to reach the Top 20 in Germany.