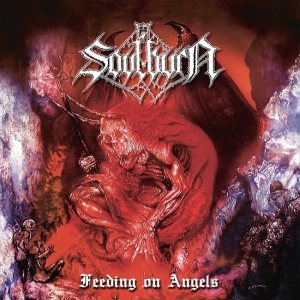 Vocals recorded on Friday the 13th during the Full Moon

The album was only released in Europe, all copies found in America were imports.

The Picture Disc LP was limited to 750 copies.

Re-released by Century Media in 2009 with seven rehearsal bonus tracks, and lyrics now printed in the booklet.