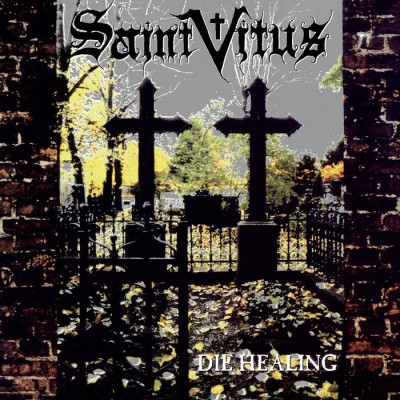 An album's worth of unreleased material was written (and scrapped), before Saint Vitus started writing for "Die Healing", as a trio, with Dave Chandler on vocals. Scott Reagers was then convinced to return, on the premise that this would be their final album and tour, to "bring things full circle". The already written material was slightly adapted to a style more fitting for Reagers and they flew to Germany to record it. Reagers, however, quit the band again 10 days into the subsequent tour, leaving the band to cancel the remaining dates and split unceremoniously.

According to Dave Chandler, this is Saint Vitus' "best produced album" of their first run. He picked producer Harris Johns based on his work with Sodom.