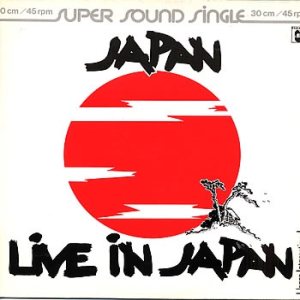 There are three versions of this EP. This Version was produced & released in Germany. The 12" Cover has '30cm/ 45rpm, Super Sound Single, 30cm/ 45rpm' printed across the top. The version manufactured & released in Benelux has different vinyl centre, does not include 'Super Sound Single' on the Sleeve and has a variation to the Catalogue #. The pressing released for Netherlands has the same design on the Sleeve as the Benelux release, however the label on the vinyl is completely different.