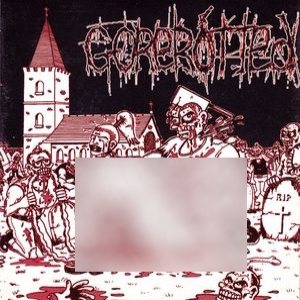 Additional notes
Originally titled ''Gagged, Shagged and Bodybagged'' but changed due to some countries not understanding the term ''shagged''.
Originally the *original* cover art had a bodybag where the severed head and hand lie, but was changed after the title of the album was changed.