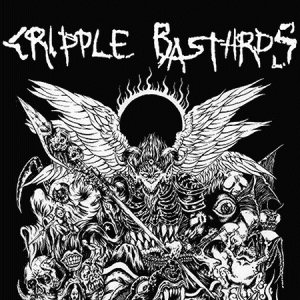 Released for the Cripple Bastards Japan and Australia 2014 Tour. Pressing of 250 handnumbered copies on single sided clear green vinyl. Track A1 is a new recording, not the old version released on the split 7" with I.R.F. in 1998. Track A3 is an unreleased song.

Only sold on tour dates.