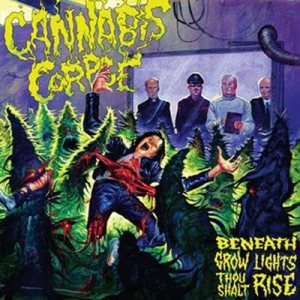 Beneath Grow Lights Thou Shalt Rise

Die hard edition comes with an embroidered patch, full colour 11×17 poster, foil sticker, full colour postcard with track on it, and a flexi-disc containing an extra track:
- Weedspawn: The Re-Bake (3:31)

A music video was made for the song "Where the Kind Lives".