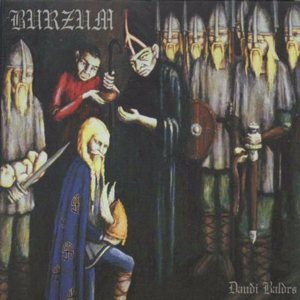 Recorded late 1994 / early 1995. This instrumental album is basically the
soundtrack to the story of Balder.

Album recorded while in prison for church burning and the murder of Euronymous.
He wasn't allowed any musical instruments in prison, so he made this album
entirely with the MIDI sound format.

Though there are lyrics in the booklet, the music itself doesn't have any
vocals. The text is to inform the reader about what the atmosphere surrounding
the songs themselves should be, or rather, what the songs should feel like in
general.

English translation of the titles:
1. The Death Of Balder
2. Hermodr On A Journey To Hel
3. Balder's Burning
4. In Hel's Home
5. Ill Tidings
6. Towards Ragnarok