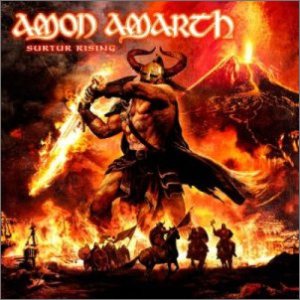 Named in tribute to Surtur, leader of the fire giants of Muspelheim ("flame land") and the oldest being in the nine worlds of Norse mythology.

The Bonus DVD contains all 4 exclusive Bochum shows in which the band played their first 4 albums in their entirety.

The last track "Doom Over Dead Man", is reported on the back of the album as being 7:32, but actually skipping to the track or ripping it produces a song that's 5:55 (as reported here). There's a 1:37 instrumental part hidden in the pregap between 9 and 10 that can only be heard by rewinding / playing straight through.