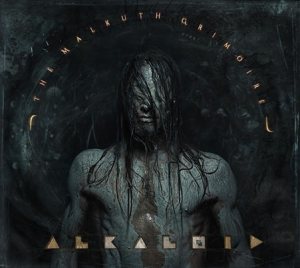 Vocals engineered and recorded by V Santura at Woodshed studio in Landshut, Germany.

Digital Album was released early to Indiegogo Campaign backers on the 23rd February 2015. Physical copies and contribution perks were also sent out to backers starting on this date.

Funded €19,084 Euros via an indiegogo campaign for the production of the album and physical media.
More information here: https://www.indiegogo.com/projects/alkaloid-s-debut-album-the-malkuth-grimoire--2