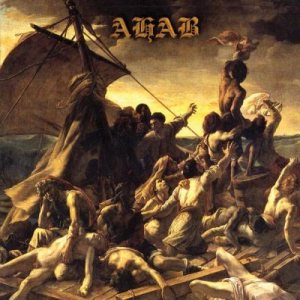 The Divinity of Oceans

SludgeLeader
The Divinity of Oceans Information

The album cover is a painting by Théodore Géricault called "Le Radeau De La Méduse" (The Raft of the Medusa).

Concept album of the true story of the Whale-Ship Essex which was sunk in an attack by a sperm whale before the men resorted to cannibalism in order to survive, as told by survivor Owen Chase in his 1821 book "Narrative of the Most Extraordinary and Distressing Shipwreck of the Whale-Ship Essex". This book formed the inspiration for Herman Meville's famous work "Moby Dick" where the name Ahab is from.