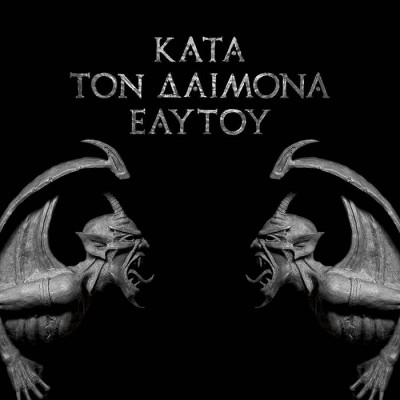 The title means "True to His Own Spirit" in English. The same sentence can also be seen on Jim Morrison's tombstone, again in Greek.

The lyrics to "Χ ξ ς'" are based on the book of revelation of Saint John the Divine.
"Χ ξ ς'" is 666 in the greek numeral system.

The numeral 666 (DCLXVI in Roman numerals which like Greek represents numbers with alphabetic letters) in ancient Greek was represented as χξς (Chi, Xi and Vau).