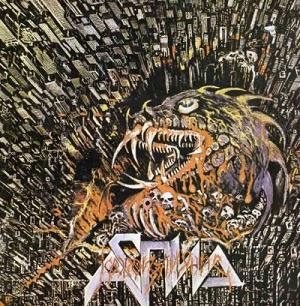 Released in very limited numbers on vinyl by Ritonis.

The cover art on this page is from the tape version which was issued by RONEes Records in 1993 after the LP.

Remastered and reissued in 2007 as "Extravasation" (transliterated title) with all song titles provided in English. This reissue featured alternate artwork and was co-released through ant[ICON] Laboratories and Stigmartyr Records.

The times listed are from the original release. The remastered re-released sped up the songs.