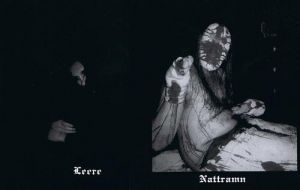 Additional notes
Founded in Stockholm by the guitarist Leere in 1995, Silencer grew from being a strictly solo musical project into a black metal duo when the vocalist Nattramn was enlisted. At the end of 1998, Silencer released a one-track demo, Death - Pierce Me, with the session drummer Jonas Mattsson of Nominon, that attained them a deal with the German label Prophecy Productions in 1999. The recordings took place during July 2000 with Steve Wolz (Bethlehem, Angel, Imperia) on drums. The full-length, also entitled Death - Pierce Me, was released one year later in October 2001, by which time the group had already disbanded. A vinyl version was also released in a limited number of 200 copies.

According to rumours, Nattramn was institutionalised. In 2005 Leere (a.k.a. Casado) joined the Swedish black metal band Shining, whom he already had a close connection with from the past. By the end of the year, after some touring, Casado left Shining. In the years to come within the black metal underground, although defunct, Silencer gained somewhat of a cult status.

Nattramn was not a part of the band Frostrike. That is a completely different artist.