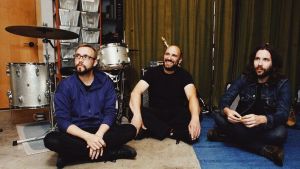 Additional notes
Pedro the Lion is the brainchild and main output of Seattle singer/songwriter David Bazan.

The band was formed in 1995 and officially dissolved in January 2006, at which point Bazan began recording and touring as a solo artist.