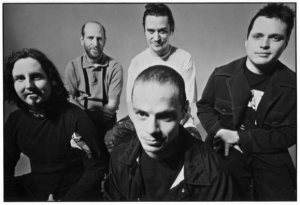 Additional notes
The band played death metal-influenced music in its early days, something that can be heard on their first demo and on parts of their second full length album. Overall, the band was genre-bending through their career, where most of their songs incorporated many different influences/genres.

Their last full length album is arguably their most "stable" album which isn't as varied as their first two full lengths.