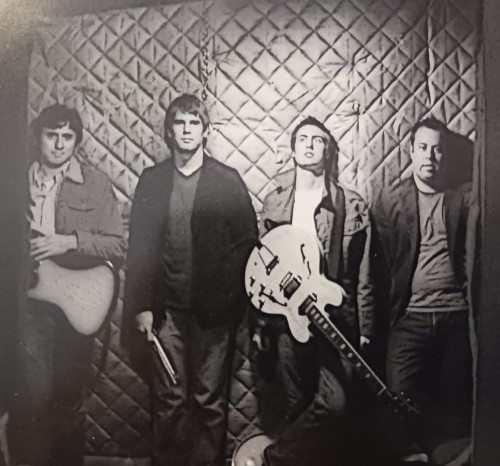 I warn you now: Mezzrow doesn’t just write songs. Rather, they’re drugs. You will be addicted. This is a group that knows how to craft the perfect pop song, from the British Invasion-meets-country melodies of “Blue & Red” to the Eric Clapton-ish bluesy licks of “Too Many Situations.” The band – consisting of vocalist/guitarist Anthony Bezich, guitarist Fran Tagmire, bassist Mike Schraeger, and drummer Erik Sooy – has intoxicating chemistry. Witness the dueling riffs on “Tear” and how they’re propelled even further by the pounding percussion.