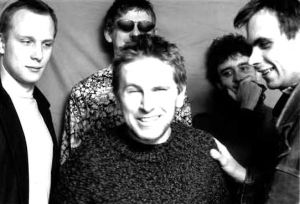 SludgeLeader
Additional notes
The music of Kult has its roots in post-punk/new wave, but incorporates elements of rock, ska, jazz, traditional balladry, reggae, and poetry. From the start, the group has had a recognizable sound, and is distinguished by the voice and provocative lyrics of the lead singer, Kazik Staszewski.