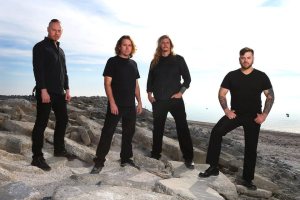 Additional notes
The band has a quite large fanbase among animal rights/liberation supporters. The members are ideologically pro-animal/environment/earth and strongly anti-human. The band originally consisted of all vegetarians, but Josh Elmore and Travis Ryan are the only vegetarians of the band now.