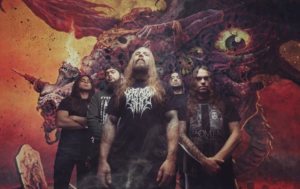 Additional notes
Notable for being the first death metal band to record a full-length album (Swamped in Gore) in digital from start to finish.

Ryan Stanek was kicked out of the band for selling band merchandise to fans but never having sent out any of the purchased merchandise (while keeping the money sent by the fans to himself).

Scott Creekmore was also the live vocalist for shows after Joe Ptacek left the group in 1999.