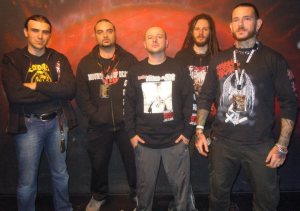 Additional notes
Beheaded signed to Unique Leader Records after they decided to terminate their deal with Mighty Music and look for better conditions with a different label. They recorded a two-track promo which caught the attention of the US label, and led to the band signing to them in August 2004.

Despite rumors of splitting up in 2007, the band is still active.