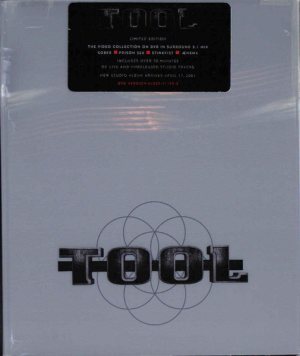 Errors:
• Paul D'Amour is spelled either Paul Damour or Paul D'Mour.
• Aloke Dutta is spelled Aloke Dutto
• "Stinkfist" is spelled "Stink Fist".
• "Message To Harry Manback II" is spelled with Mess&ltb&gte</b&gtge.
• Tracks 5 and 6 on the CD are switched around on in the liner notes (they are correct in the list below).
• King Buzzo is incorrectly credited as performing on "No Quarter".

Track 8b on the CD is a hidden track that follows after 25 seconds of silence and is not listed in the liner notes.
Track DVD-5 is not listed on the artwork.