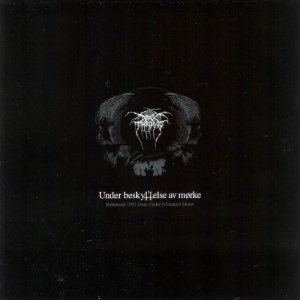 Additional notes
This release has a strange font oddity in the form of an ' in the packaging. Instead of "Beskyttelse" it looks like it says "Beskyt'telse". This is repeated everywhere on the packaging where there are two t's next to each other.

Japan only release, an EP with 3 rare unreleased rehearsal tracks recorded in '92 (from the "Under a Funeral Moon" preparations).
Released on CD and 12".