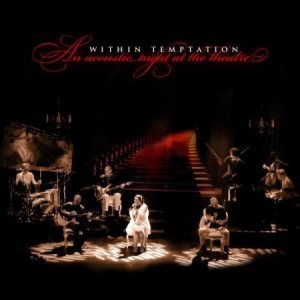 An Acoustic Night at the Theatre

Up The Irons!
An Acoustic Night at the Theatre Information

This album contains live tracks that were recorded during the band's sold-out
theater tour in November 2008, with the exception of "Utopia", which is a brand
new studio track.

Also availible as a deluxe gatefold LP. In total, only 200 were made, and
exclusively sold at the online Within Temptation store, and at some Dutch
theater shows.