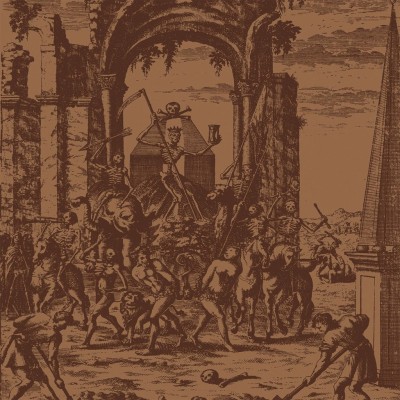 Additional notes
Recorded and mixed in 2007.
Remastered in May 2008.

Originally, Morbid Massakre Records was going to release a pro-cassette version of the Tyrant record. But after reading the lyrics, he decided that he wasn't into a lot of the ideas Thou were expressing and canceled the project.

First released by One Eye Records (Cat. # OE012) as 12" Vinyl, limited to 500 copies on black vinyl. Comes with hand assembled booklet. Some copies come with a poster, some of which have messages on the back. Some alternate song titles are presented on the release. The shorter ones are from the back cover. The longer ones are from the index of the booklet: Elegance = With A Cold, Life Extinguishing Sickness, Chained =Chained To The Bottom Of The Fucking Ocean, Ignored = I Was Ignored. And Judged. And Cast Down.

Re-released (2009) by Southern Lord Recordings (cat. # sunn97) as 12" Vinyl, limited to 1500 copies on 180g vinyl with slightly different artwork and layout compared to the original. Includes a 12-page A5 booklet.